As some of you who read me at some of my 57 other handy internet locations already know, I have this friend named Joshilyn. Joshilyn is an awesome person and a dear friend, but she also happens to be a best-selling novelist, which makes her extra-sparkly. I very much enjoy hanging out with her and eating chocolate, but I also enjoy reading her books, because she’s kind of an awesometastic storyteller. 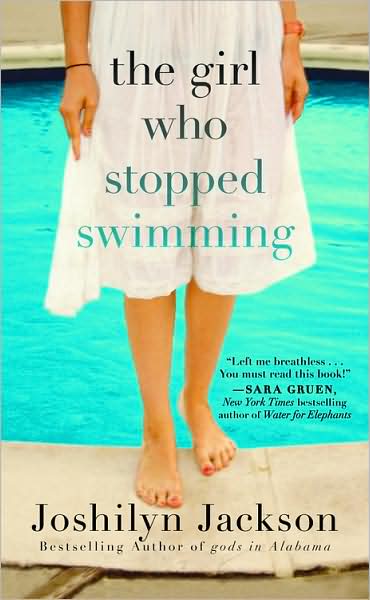 And you know, I run contests, and Joshilyn writes books, and one day she got her chocolate in my peanut butter and we realized that, hey, now that The Girl Who Stopped Swimming (her latest novel) has come out in paperback, I should totally give it away here on Want Not! We are smart. (Also: Mmmmm… peanut buttery chocolate….)

So here’s today’s contest: I am giving away three signed copies of Joss’ awesome The Girl Who Stopped Swimming, suitable for gift-giving, hunkering down with on the beach, or just tucking in with you when you need a little nighttime reading. Joshilyn will happily inscribe each book however you like. (True story: When I asked Joss to sign her first novel for me, she wrote “Shut up, I’m THINKING” on my arm.) (She signed it later.) (Yes, there may have been a little wine involved.)

Three author-signed copies up for grabs! Make your friends and family believe you waited in line for hours at a book event, and/or that you and Joss are totally BFFs! It’s up to you, if you win!

For a chance to win, first go read the contest rules and regulations, then come back here and leave a comment on this post by 11:59 p.m. Eastern (8:59 Pacific) on Wednesday, June 10th, 2009 to be entered. Winners to be determined by random number generation and ability to correctly pronounce “Joshilyn” (Hint: the “h” is silent).